Kwon Jin Kyu Commemoration Foundation and PKM Gallery is pleased to present Images of Eternity: Kwon Jin Kyu × Mok Jungwook, on view from November 27 through December 30. The two-person show includes works by Kwon Jin Kyu, the master of modern Korean sculpture, and Mok Jungwook, a fashion photographer of the highest caliber, especially in portrait photography. Kwon’s self-portraits and religious sculptures and Mok’s photographs which has been achieved through his reinterpretation of Kwon’s sculptures through the lens of the contemporary photographer are on display.

The pioneer of modern sculpture in Korea, Kwon Jin Kyu aspired toward the establishment of ‘Korean realism,’ breaking away from the foreign influence. Kwon studied and practiced the latest western sculptural techniques while he was a young student in Japan. However, upon his return to Korea in 1959, Kwon created figurative sculptures, animal sculptures, and reliefs and developed his distinctive artistic language that merges the aesthetics of Eastern and Western art. Kwon searched for a primitive and ideal notion and employed techniques using Korean natural materials such as terra cotta and dry lacquer, achieved through baking clay and applying varnish tree sap respectively. Thus, Kwon’s sculptures of absolute sublime beauty transcend time, society, and goes beyond the mere surface of the artwork. A careful selection of 8 sculptures that demonstrates the essence of Kwon’s artistic practice are on display at the exhibition, including 6 self-portrait sculptures created through reflections during the period of solitude, and Jesus Christ and Buddha statue produced in the hope of salvation.

Photographer Mok Jungwook reinterprets Kwon Jin Kyu’s artistic soul from a contemporary perspective and presents how it can be viewed outside of the modern framework. Kwon Jin Kyu always used specific models for his artworks; the artist himself became the models for the self-portrait sculptures and captured his longing for spiritual transcendence. Kwon Jin Kyu, Jesus Christ, and Buddha have become the models of around 30 Mok’s photographs on display, revived with great energy through Mok’s perspective.

Kwon Jin Kyu’s sculptures that pursued eternal spirit and sublime beauty and Mok Jungwook’s photographs which reinterprets Kwon’s sculptures from today’s perspective transfigure the exhibition space into a scene where the past and the present endlessly resonate. Transcending generations, the exhibition provides an opportunity to ruminate on the meaning of ‘Ars longa (art is long).’ During the exhibition period, the photo book Images of Eternity: Kwon Jin Kyu × Mok Jungwook will be published.

Kwon Jin Kyu (1922-1973), born in Hamhung city, South Hamgyong province, studied sculpture at the Musashino Art University, Tokyo from 1939 to 1953 under professor Takashi Shimizu, a pupil of Antoine Bourdelle. He was highly recognized in Japan and received several special prizes at Nikaten, one of the authoritative exhibitions. However, after his return to Korea in 1959, Kwon conceived the epitome of pure beauty demonstrating the world of profound depth and spiritual purity of his subjects, which was contrary to the trend of western abstract sculpture during the time. Kwon is mainly known for his realistic and robust forms of self-portraits sculptures, various sculptural depictions of animals, and female sculptural figures modeled after his acquaintances. With terra cotta and lacquer technique, Kwon constructed his unique artistic language of Korean realism. The artist held three solo exhibitions at the Press Center Gallery (1965), Tokyo Nihonbashi Gallery (1968) and at Myeongdong Gallery (1971), respectively, before his death in 1973. He also taught at the Architecture Department at Seoul National University and Sculpture at Hongik University. Kwon’s works are included in the collections of prominent institutions such as the National Museum of Modern and Contemporary Art (Seoul), Ho-Am Art Museum (Yongin), and Art Sonje Center (Seoul). 141 of Kwon’s artworks have been donated to the Seoul Museum of Art this year after the artist’s bereaved family, and there will be a large retrospective in commemoration of the 100th anniversary of the artist’s birth in the spring of 2022. In 2023 a permanent exhibition space solely dedicated to the artist will be set up at the Nam-Seoul Museum of Art.

Mok Jungwook (b.1980), born in Seoul, is one of the most famous fashion photographers in Korea of high caliber, especially in portrait photography. He was responsible for fashion photos of magazines including Vogue, W Korea, ELLE, Harper’s BAZAAR, GQ, and album covers of K-pop artists such as EXO, BLACKPINK, IU, Suzy. He was responsible for the shooting of BTS for the TIME magazine cover photo. He has taken global projects with Prada, Dior cosmetics, Valentino, Adidas, and in 2021 he collaborated with COS and launched an exclusive menswear collection that encapsulates Mok’s distinctive art practice. Mok has taken a wide range of practice from commercial projects to participation at diverse exhibitions. Mok studied photography at London College of Communication, University, UAL, and participated in group exhibitions at Studio Concrete, D Project Space, etc. 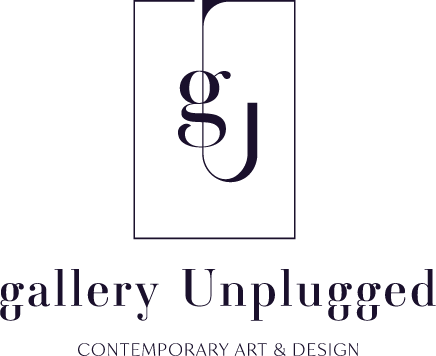 Sunday open is only for reservations.